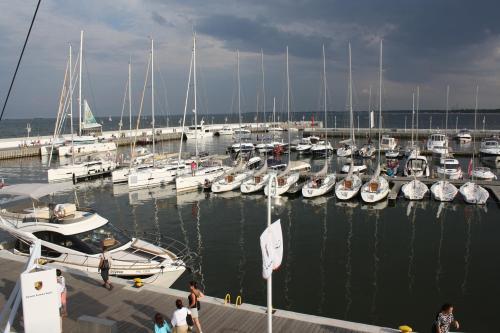 My tour of Gdansk included a visit to the charming and pulsing Baltic Sea resort town of Sopot, reminding me of Northeastern U.S. beach towns. Instead of strolling along Atlantic City’s Boardwalk, for example, I walked Sopot’s wooden pier – the longest in Europe at 511 meters – shooting out from Sopot’s central beaches and stretching out to a marina at its end. 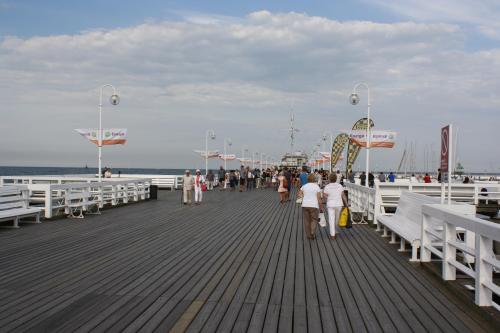 On the Pier. Photo by Richard Varr 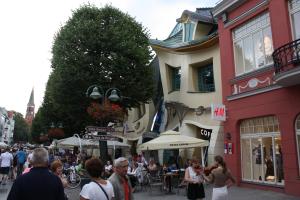 Near the palace-like Grand Hotel, the main avenue for strolling is the pedestrian Bohaterów Monte Cassino Street, the perfect place to have an ice cream or stop and sip cool drinks. An unusual sight along Monte Cassino is the so-called Crooked House, reminding me of the wavy architecture of Antoni Gaudi’s Casa Battló or Casa Milà in Barcelona. 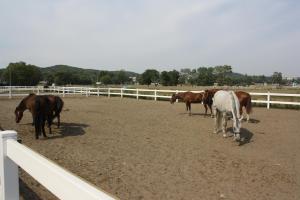 I also toured the wide-open spaces of the Sopot Hippodrome, where they have horse-jumping competitions and racing. “We organize not only horse events, but also dog exhibitions and others events including masses and concerts,” says city spokeswoman Magdalena Jachim. “There’s even a spa for horses in the new stables.” Sopot also has theater, performing arts and concerts, a museum and art galleries, and of course, a grand spa. 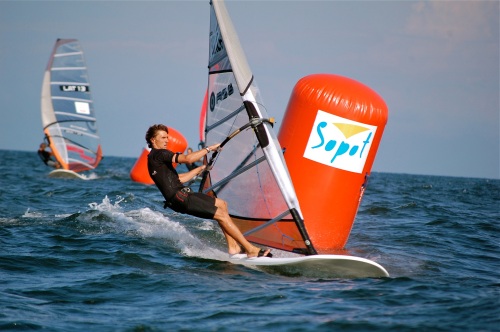 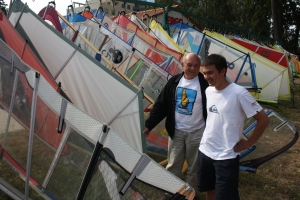 The Sopot Sailing Club is Poland’s largest windsurfing center, used by Polish Olympians in the sport as well as tourists wanting to rent equipment and surf the Baltic’s often chilly waters. “We have different levels of teaching from small kids to adults,” says Club Commander Piotr Hlavaty. “Our main goal is to send windsurfers to the Olympic Games,” he adds, noting that Olympian windsurfers have won two bronze medals. 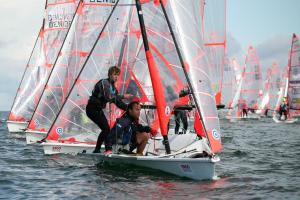 During my visit, I was lucky enough to meet one of them, four-time Olympian Przemyslaw Miarczynski, as he was suiting up for a sail. “You feel free – that’s the point,” says Miarczynski who won the bronze medal in the 2012 London Olympics. “Sometimes, if you’re not training, you go out on the water just to be with nature. It’s a very individual sport. I started when I was eight years old, and now I’m 36, so I’ve been doing this for almost 30 years.”

“One word – freedom,” is also how Commander Hlavaty describes the thrill of windsurfing. “You lose your time. You are free on the sea. You do what you want, sail where you want.”