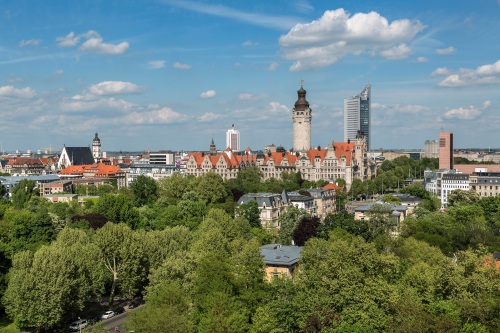 At first glance, one might never imagine that Houston, Texas and Leipzig, Germany are sister cities. Houston’s shining glass towers seem to touch the sky, while Leipzig’s skyline is accented by historic stone towers including those of the Renaissance Old Town Hall building, the New Town Hall with the highest town hall tower in Germany and the neo-gothic St. Thomas Church. Houston’s population swells at 2.2 million, while Leipzig’s is nearing 600,000. Musically speaking, both cities are known for contrasting icons – Leipzig is home to Bach, while Houston’s Beyonce continues to top the charts. 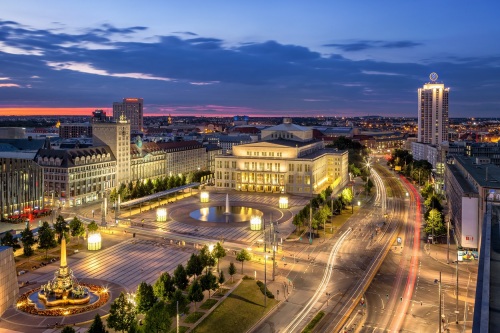 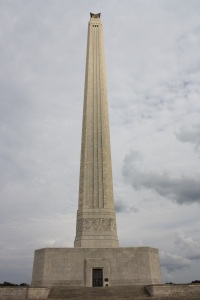 But a closer look reveals some striking similarities. Both are crossroads for business and commerce – the port of Houston is one of the country’s largest; Leipzig, a city of trade fairs for centuries. Another example is both have monuments on pivotal historic battlegrounds. Houston’s nearby San Jacinto Monument commemorates when in 1836 General Sam Houston and his army of 800 won Texas independence, while Leipzig’s Battle of Nations Monument marks the 1813 defeat of Napoleon by more than a dozen countries involving 600,000 soldiers – the world’s largest battle before the 20th century.

So what is it that has made the Houston-Leipzig Sister City partnership so enduring as it celebrates its 25th anniversary in 2018? “In spite of the difference in size, the spirit of openness, entrepreneurial attitude, of being concerned about matters of justice and having an adventurous spirit have matched down the line for Leipzig and Houston,” says the Reverend Dr. Robert Moore, Reformation Ambassador for the City of Leipzig and with St. Thomas Church, and formerly Senior Pastor of Houston’s Christ the King Lutheran Church.

“What brings the cities together is that they’re both very curious and they’ve stayed curious over the years. And they inspire each other,” says Lisa Renner, 2nd Vice President of the Städtepartnerschaft Leipzig-Houston e.V., the association on the Leipzig side. “We stay curious, but it takes a lot of work to keep people curious.” 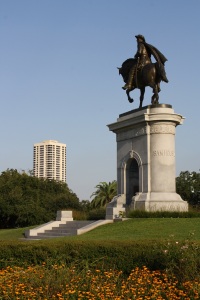 According to the Association’s website (http://houstonleipzig.org/), the relationship started in the early 1990s with the enthusiasm of Stefan Roehrbein, a student from Leipzig, who contacted Sister Cities International in Washington DC. The Friendship Association Leipzig-Houston was first established in 1992, and then president of the Leipzig City Parliament and a senior pastor at St. Nicholas Church, Friedrich Magirius, became chairman. Soon after, a group of Houstonians supporting the idea approached Houston’s then Mayor Bob Lanier who sponsored a resolution and proclamation that led to officially establishing the association in 1993.

Goals of Sister Cities International include promoting cultural appreciation; creating artistic, academic, business and scientific exchanges; and establishing programs to carry out such goals. The Houston-Leipzig Sister City Association has done just that through a number of initiatives. One involves student exchange visits between Houston Heights High School and Leipzig’s Johannes-Kepler-Gymnasium. Leipzig students visited this year and Houston students will travel to Germany next year, according to Renner. 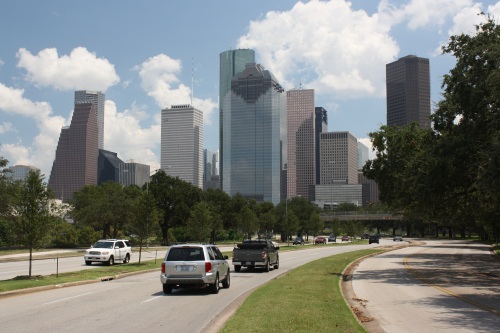 Every June, Houstonians attend the Leipzig Bach Festival that brings together musicians from all over the world. “Bach is a great magnet. The program is very extensive and yet we have people who attend every single concert every year,” points out Renner. “Pastor Moore’s and his wife Kathy’s efforts made the group feel welcome. He is a master of managing the extensive program and can handle huge and small groups. It’s a steady thing we can always count on.” 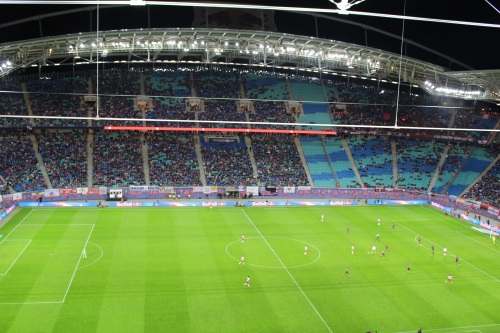 During my October visit to Leipzig, I had a chance to attend a soccer game – my first ever in Europe – as the home team RB Leipzig crushed FC Nurnberg 6-0. But I never imagined the city would have a baseball team as well – the Leipzig Wallbreakers. “We see them regularly during events and they try to make baseball and softball more popular in and around Leipzig and Germany,” says Renner.

Although an amateur team, the Wallbreakers sent a team photo and season finale-winning baseball with Leipzig Sister City Association members during their February Houston visit. They were greeted by Houston Astros PR folks at Minute Maid Park. “We told them of the Wallbreakers’ story to simply introduce them. It is planned that both teams might get together in something like a Skype session or similar,” says Renner. 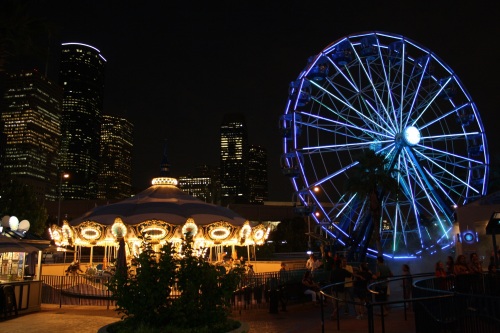 Perhaps the true spirit of the Leipzig/Houston partnership surfaced when Leipzig citizens came together to help out during Houston’s devastating 2017 Hurricane Harvey. Donations were collected during a specially organized concert. “About $30,000 were donated and transferred to a relief fund St. Thomas Church had opened,” says Renner. Proceeds went to the Houston Coalition for the Homeless and other charities.

Even Leipzig firefighters set up their own fund for their Houston counterparts who had fallen victim to the storm, collecting $600 dollars that was handed over during the February visit. “The Leipzig firefighters had started collecting a few Euros for the firefighters and their families as they were aware of what it meant if one always has to work with no breaks, damage control and saving lives,” notes Renner. “We were able to meet some firefighters at Station 16,” she continues. “They were so happy and friendly. The gesture meant a lot to them, just to know that other comrades from around the world were thinking of them.”

A particularly notable initiative was the commissioning and purchase of the Peace Window in St. Thomas Church, the final resting place of Johann Sebastian Bach and one of Leipzig’s most prominent landmarks. The large stained-glass window – sharply contrasting the church’s other more traditional panes – was a gift to the City of Leipzig from the Sister City Association in conjunction with Houston Rotarians of District 5890 who helped raise the $120,000 to pay for it. 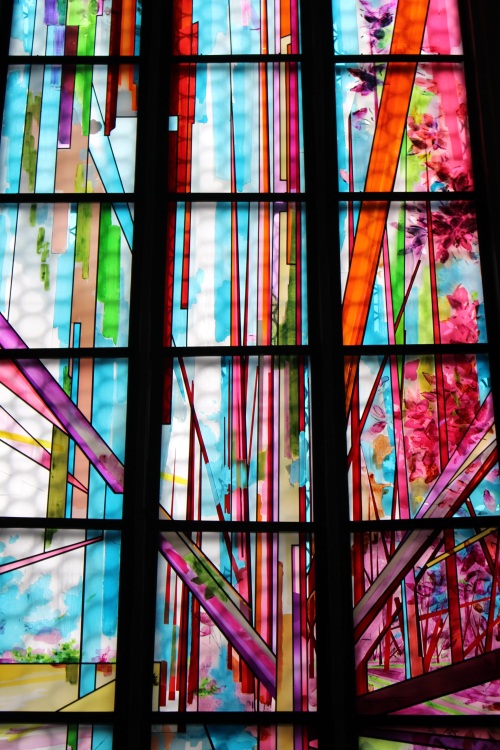 The window, with streaks of bright blue, green and purple – like elongated shards of thin glass – was completed and installed in 2009 on the 20th anniversary of the 1989 Peaceful Revolution, when more than 70,000 Leipzig citizens marched peacefully against the oppression of East Germany’s Communist rule. “It’

s an abstract work – like peace breaking out, filled with possibilities and newness – a whole new way of living that people welcomed into their lives.” exclaims Pastor Moore. “This kind of energy you see is meant to say that peace is not simply passive peace, but filled with energy and possibilities.” 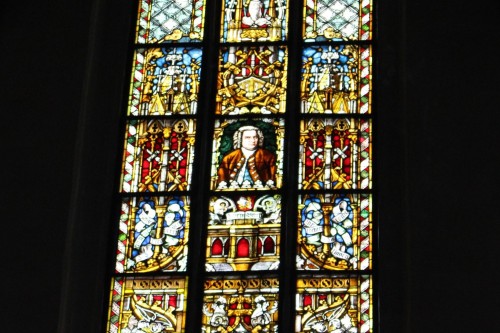 “This window breaks away from the traditional windows that have been with the church for over 120 years,” he continues. “They’ve made a deliberate effort to allow a whole new spirit to enter into the church which signified to them what it’s like for peace to break out, to celebrate that peace and do it in style.” The detailed and colorful glasswork of the church’s other windows depict some of Germany’s favorite sons including Bach and composer Felix Mendelssohn-Bartholdy, Kaiser Wilhelm II, and Protestant Reformers Martin Luther and Phillip Melanchthon.

So what’s next for the Houston-Leipzig partnership? “The people I meet over the years make me feel that my colleagues and I can continue to contribute to an exchange on a basic level, city-to-city, culture- to-culture, on an everyday people-to-people level,” concludes Renner. “Have a look at what other people do and you’ll see it’s not only me and them, but it’s all of us together.”