The American Revolution Museum and the Yorktown Battlefield

George Washington in the American Revolution Museum at Yorktown. Photo by Richard Varr

Tents, cooking pits and surgeons’ quarters offer visitors to the American Revolution Museum at Yorktown a realistic look of what a typical Continental Army soldiers’ camp may have looked like. It’s all part of the museum’s outdoor living history, along with a recreated Virginia farm is based on an actual homestead.

This historic interpreter will draft you into the Continental Army. Photo by Richard Varr

“The tastes, the smells, and even the ducks and chickens are the same breeds as in the 18th century,” says Interpretive Program Manager Homer Lanier. “We’re a hands-on museum.” Gunshots echo through the camp with flintlock musket demonstrations. 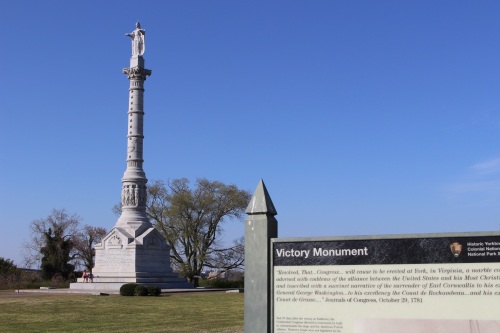 Victory Monument on the Yorktown Battlefield. Photo by Richard Varr

With 500 original artifacts including weapons, documents, period furniture and more, the main museum building details the entire American Revolution from the French and Indian War to the start of the new nation. Original portraits include England’s King George III, British General Charles Cornwallis, Founding Fathers and what’s believed to be the earliest painting of an enslaved African.

Pistols once owned by the Marquis de Lafayette. Photo by Richard Varr

The extensive musket and pistol collection includes the ornately-trimmed pistols once carried by the Marquis de Lafayette, the French military officer who came to the aid of the American rebels. There’s also an original copy of a 1776 Declaration of Independence printed in Boston from a Philadelphia copy. 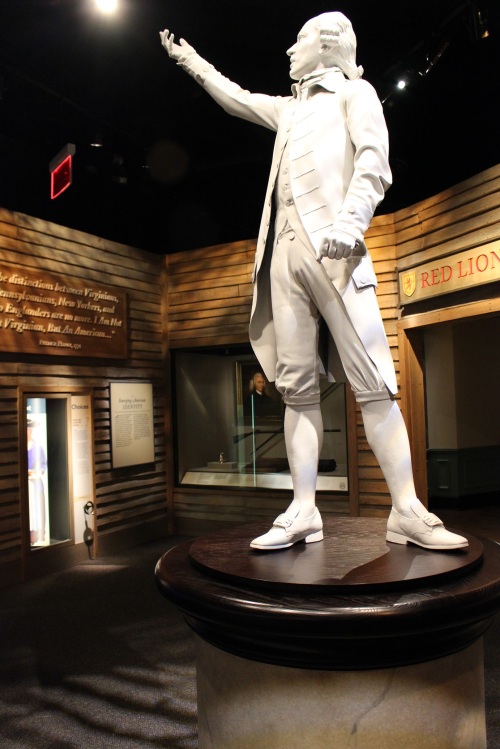 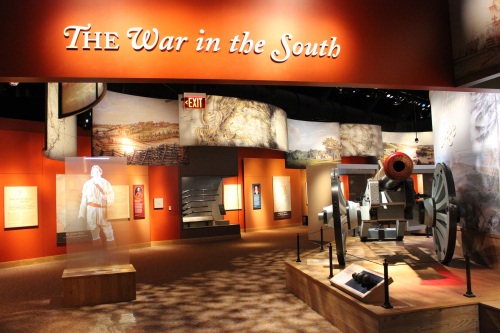 Inside the museum. Photo by Richard Varr

Short video clips highlight key American Revolution battles, but most impressive is the Battle of Yorktown presented in the museum’s 180-degree surround sound experiential theater. Seats shake with each cannon fire, with cannon balls seemingly flying directly towards you.

Redoubts on the Yorktown Battlefield. Photo by Richard Varr

A driving tour of the actual 1781 Yorktown Battlefield, part of Colonial National Historical Park, traces the British fortifications or redoubts. American and French forces had cornered the British with no escape against the York River. The battlefield’s Visitor Center houses General Washington’s original sleeping tent and an original British cannon that was dented by cannonball fire. “It’s called the Lafayette Cannon because when he came back to the United States and toured the East Coast, he saw that cannon, recognized it and got quite emotional,” explains Park Ranger Linda Williams. 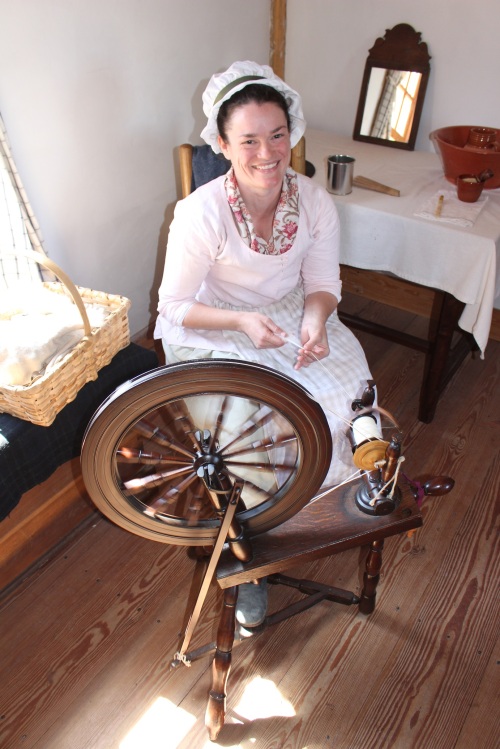