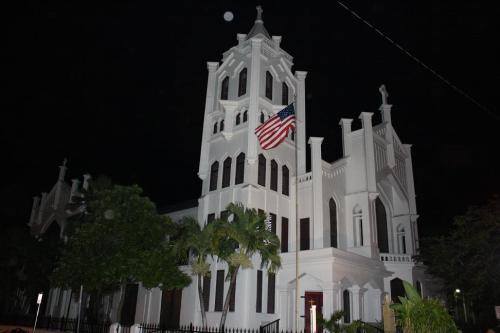 Are they ghosts or simply specks of dust or water vapor droplets reflecting from my camera’s flash?  Both are possible explanations of the orbs my camera captured in Key West while on a ghost tour. 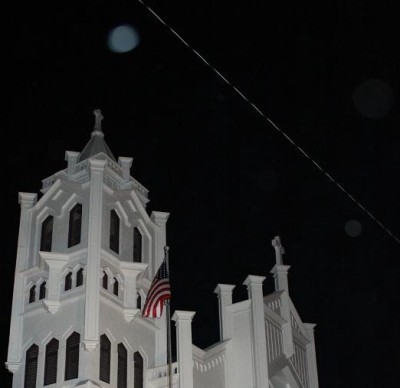 In the four photos on this blog, look closely for the orbs.  The photos were taken within a few seconds of each other and the orbs move and change.  They are floating above and around Key West’s St. Paul’s Episcopal Church, founded 1832, with the current building dating back to 1912.  The area is said to be one of the more haunted spots on the island. 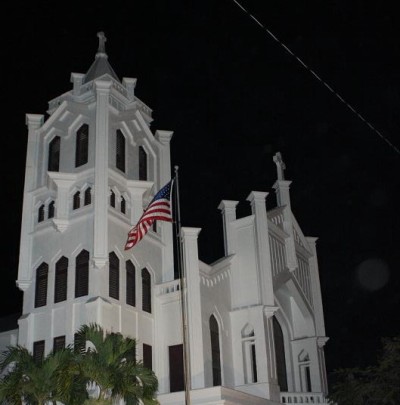 Orbs seemed to have move from previous photos. Photo by Richard Varr

“Behind the church, this used to be the graveyard which extended all the way up the block,” says tour guide Tim Glancey of the Key West Ghost and Mysteries Tours.  “In 1846 we had a huge hurricane, and it basically washed up the graveyard.”

A prominent orb can be seen atop the church steeple in two photos, with fainter ones floating to the right in the other two.  I should note that of the couple dozen or so night shots I took while on the tour, and except for the photos above, there were no orbs of any kind!